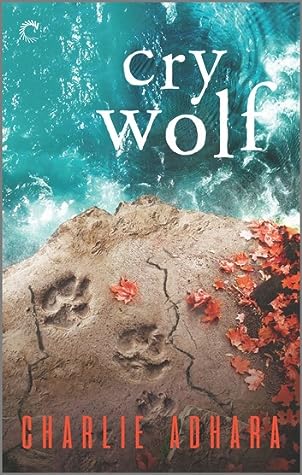 This is the fifth book in the Big Bad Wolf series. I have enjoyed all the books and was really looking forward to this one. Charlie Adhara did not disappoint. Another five star book.

Cooper Dayton and Oliver Park are work partners in a secret government agency that investigates crimes by and against werewolves. By the time of this book, they are also engaged to be married. This is not a stand-alone book. You must read the other books in order to fully appreciate and enjoy this book. There’s so much legacy that carries over from the previous books, such as the curiosity over Cooper’s AQ score (which is finally revealed!) and the supporting characters who are crucial in every story but particularly in this one, and this story wouldn’t be possible without the lead up that comes from the other books. By the time of this book, Cooper has developed somewhat of a reputation in the werewolf world, despite being human, and that comes into play in a big way in this book.

I refuse to give spoilers, so there’s a limit to how much I can say. Suspense and mystery are a huge part of these books, and it’s done incredibly well. The author has a gift for it. But once again, the humour is the standout for me. I love Cooper’s witty lines.

“You wanna come?” Sophie offered. “I can try to finagle you some tickets. We could wrap you in a feather boa and call it a joint bachelor party.”
“I would rather you wrap me in boa constrictor and call time of death,” Cooper said, “than attend a haunted Halloween gala, my god.”
Sophie turned to Park. “You know, it’s never too late to call off this engagement. You’re a catch, you’ll find someone.”
Park sighed. “I was cursed by an old witch to find him charming.”
“That’s some dark magic,” Sophie said,

“I just want you to get the wedding you want. Whatever that may be.”
“Okay,” Cooper said. “I appreciate it. And if I ever wake as an aging silent film star obsessed with her past, I might take you up on that. But in the meantime, I’m more likely to want to get married in the sea lion pool, corpse included, than here in this building.”
“It’s your lack of hyperbole that really made me fall in love with you. Wrote half my vows about it.”

“That’s the third hug of the day, you know,” he said, curiosity burning in his expression. “My diary entry tonight is going to be rife with exclamation marks and hearts.”

Seriously, how can you not want to read these books based just on those quotes alone? I adore the humour in these books. Go and buy the whole series and read them all. You won’t regret it.