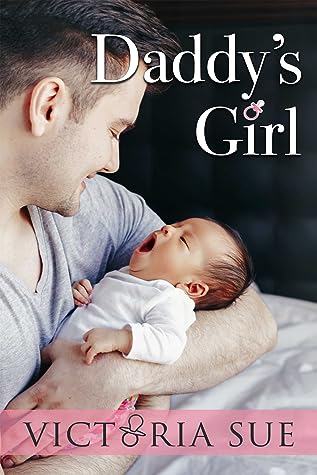 I have read other books by this author that I really enjoyed, so I gave this one a shot despite it being clear that it had mpreg in it, which isn’t my thing.

As best I could tell, the characters lived in an alternate Earth where women had died out. They now had alpha males (traditional men) and omega males (who gave birth to the babies). It was an interesting concept and I thought there was a lot of thought put into how they came to be in this situation (how the women died out, etc.) and also things like the birthing clinics and professional omegas.

The couple in this story are Kyron and Tolly. Kyron is an alpha, but smaller than a typical alpha. Tolly is an omega, but much larger than a typical omega. I’m not sure why the author felt that was necessary, and it seemed a little contrived, but whatever. The book is kind of built around the idea that Tolly has been rejected all his life for being different, and there is a definite motto that we should accept and love people for who they are, even if they’re different.

It’s blatantly obvious from the title and cover that Tolly gives birth to a girl, so I don’t feel like I’m giving away a spoiler there. The doctors are, understandably, baffled by the idea that the child doesn’t have the usual male genitalia, and I thought that was quite well handled. However, at the end of the book, a researcher of ancient history reveals the grand truth that the reader has known all along – it’s not a malformed boy, it’s a girl! Everyone is pleased and The End. Wait, what? They didn’t even know girls existed prior to that moment, but they accept it and all is well. I understood when they accepted their malformed ‘son’ and agreed to love him regardless of any deformities. I get that. But someone announces that there’s this mysterious second gender that no one living has ever heard of, let alone seen, and they just go ‘Oh yep, cool.’ Um, what?

There’s a whole suspense/mystery thing happening in the background. I had my suspicions as to the baddie, and I ended up being right, but I wouldn’t say it was blatantly obvious. On the whole, I thought the suspense and mystery were handled quite well.

I liked some of the supporting characters, such as Kyron’s Papa and the omegas that Tolly gets to know. Overall, I gave this book three stars. I felt there was this huge dramatic lead up to the first girl born in centuries, and then it was just unbelievably (literally, as it defied belief) anticlimactic.