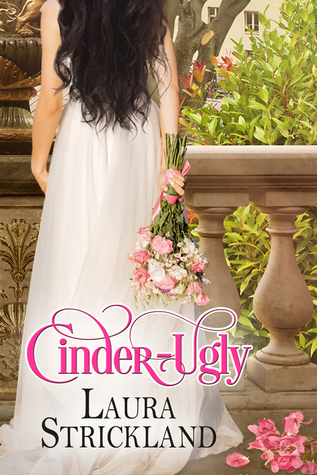 It’s obvious from the title that this book not only has the classic Cinderella ‘rags to riches’ trope but is indeed a retelling of the Cinderella story.

The story is not written the way I have come to expect from modern stories, even those set in historical eras, but I was quickly absorbed by the story and the characters, and that sense of narrative, of the story being told to the reader rather than the story playing out in front of us, gave it a real sense of fairy tale that it wouldn’t have had otherwise.

I only half believed anything she said. She had a tongue that flapped at both ends, and most of what she told us seemed far too preposterous.

I was concerned that the ‘telling’ instead of ‘showing’ would lead to the reader being bored and feeling apart from the action, but it wasn’t like that.  There was plenty of present-time action to catch the reader’s interest.

Cindra was a great character, and I felt she was realistic.  I think her reactions are what we would expect from someone with her upbringing.  The prince was… different.  I was able to buy in to him as a reader, and accept that his behaviour made sense, but I can’t say that I would call it realistic.  Still, this is a fairy tale and a romance novel.  The mother was pretty heinous, and I am really struggling to find any redeeming features about her, which isn’t good.  You want your ‘evil’ characters, your bad guys, to have just enough redeeming features to make them realistic.  I’m not even sure I can say that the mother loved her two beautiful daughters, her handsome son or her husband.  Only herself.  I think if she’d had more of those redeeming features – true love for someone other than herself – that would have improved the book.

I loved Robin and the father, and thought their reactions to the behaviour of the mother gave the book a much-needed sense of realism.

I expected this to be a quick, predictable holiday read (not that it’s the holidays here, but you know what I mean!).  Something sweet and fluffy.  But actually, I really enjoyed it, and while it has the requisite happy ending, I didn’t find it to be predictable.  That’s impressive when you’re retelling an oft-told fairy tale!