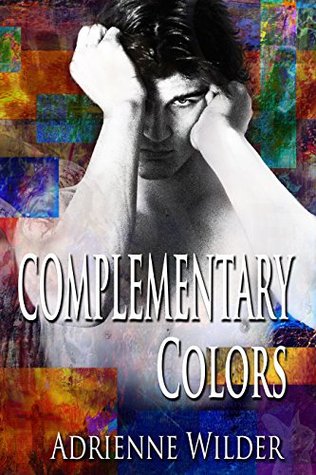 While the plot of this story is twisted and certainly strong enough to carry the novel, this is very much a character-driven story.  Paris is incredibly interesting, and lent himself to some beautiful writing.

People passed me huddled under umbrellas. Fragments of their conversation left vibrant confetti in the air while the passing cars dragged out streaks of gray.

Paris sees things as colours, and this expresses itself in his art.  He is traumatised, and is compelled to paint the horrors in his head, the traumatic memories.

I grabbed a clean palette and filled it with the rainbow droppings of brutalized tubes of paint. A clump of orange went directly on the canvas.

Because of his mental condition, his art is abstract, and is seen by others as ‘pretty’.  His older sister is his manager, and they are both exceedingly rich as a result of Paris’ art.  However, it disturbs Paris that other people are paying for and enjoying depictions of his horrors.  Meanwhile, his sister has managed to get legal control of him and misuses this control to metaphorically and literally prostitute him.

The Bransford estate, also known as the Killigans, Marshals, Potts, and located on the state border, on the coast, near downtown, or in a picturesque mountain setting, was a bloated brick monolith on a painted green lawn. Hedges were blocks, and rose bushes were beach balls. There was a pool—there was always a pool at houses like this—and a fountain or a pond. The Bransfords had both. The water garden crammed into the landscape was as natural looking as a temporary tattoo and the fountain a blight in the center of the driveway.

Paris meets Roy, and they start a relationship.  Paris is very good at ‘faking normal’, so Roy doesn’t notice anything wrong with him for a while.  Roy, however, finds Paris’ paintings very disturbing.  He sees Paris as a rich man who desperately needs love, and starts introducing him to simple pleasures.

From deeper in the park, the sad cry of a violin beckoned us. The pitch was perfect, and the open space left nothing to inhibit the powerful notes from floating off toward the sky, trailing oranges, limes, and reds. Anxious calm followed it, and memories of a highly polished floor coated in melting sunlight was strong enough to rise through decades.

The relationship develops, and obviously Roy becomes aware of Paris’ mental issues.  He does his best to help Paris, but the older sister doesn’t want him treated.  If he’s better, then he doesn’t see colours the same way and he doesn’t paint, ergo, he doesn’t make any money.  But Paris doesn’t know a world without colours and even he’s not entirely sure he wants to be better.  But he does need to be safe.

Everything Roy owned seemed worn-out or broken. I’d eaten meals that cost more than his rent. Yet sitting there in his decrepit apartment, I’d never felt so at home.

It’s an utterly compelling story, and Paris is a fascinating character.  The writing is beautiful.  This is a story that will touch your heart and stay with you.  Five stars.