Book review: If We Could Go Back by Cara Dee 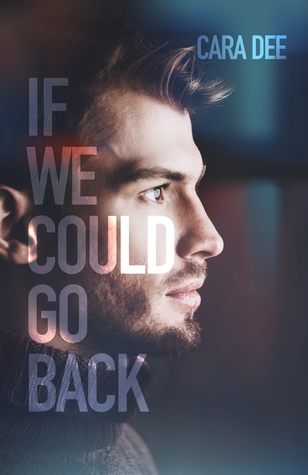 I have mixed feelings about this book.  It’s beautifully written and the characters are exceptional.  But…  And anyone who has read the blurb is going to know what I’m going to say next.  But.. the two main characters are both married to other people, and they cheat on their wives.

I have huge issues with cheating.  I’ve always believed that if a relationship has ended, then you have no reason not to call it quits before starting the next one.  If you’re ready to start the next one, you’re ready to quit the last one.  Yes, I know that’s very black and white of me.  And yes, I’ve been judgy of people who have cheated, when the truth is that I’ve never been in their shoes.  I try really hard not to be judgy, but this issue pushes my buttons.  Kind of in the same way that intolerance pushes Bennett’s buttons in this book.

This next bit might be considered a spoiler, so fair warning.

I understand that not only were both men unhappy in their marriages, but so were both women.  One of the things that encouraged me to give this book a go was a review on Amazon that said ‘ I don’t usually like books with cheating in them but the wives in this book were by no means innocent bystanders.’  I thought perhaps that the wives were having affairs too, and yeah, two wrongs don’t make a right, but it changes everything, you know?  But no.

Kieran’s wife knew he was gay when she married him, but she still married him expecting him to be faithful to her, and Kieran had never given her any reason to think otherwise.  Despite Kieran being gay, they had what was, for all intents and purposes, a proper marriage.  It was not a marriage of convenience in the sense that it was just on paper.  No, they had sex, and Kieran’s wife believed that he loved her and that they would be married forever.

Bennett’s wife wasn’t happy in their marriage, and it was clear (particularly because the book is told entirely from Bennett’s perspective) that the marriage was going to end one way or another.  We find out later that she’d tempted to stray, but had not.  Up until Bennett confessed, she was still trying to save their marriage, even though she may have been doing so half-heartedly.

We were two happy, unhappy families pretending to have our shit together. Everything looked great on the outside, but little digs and sideways comments spoke of issues that ran deep. Buried under years of convincing ourselves this was how life was supposed to be—and some passive-aggressive behavior. As an extra spice.

And I could maybe have accepted it (not approved of it, but accepted it) if it had been a short timeframe between Bennett and Kieran getting together, and them confessing to their wives.  Like after the first time they kissed, or after a week or a two considering how slowly their relationship moved at the beginning.  But no.  They made excuse after excuse, and Bennett didn’t confess to his wife until after he’d been having an affair with Kieran for two years.  That’s so not okay.

I’d been desperate and halfway into a depression when I met Kieran, but I’d been fully aware of who I was hurting.

Despite all that, as I mentioned at the beginning, the book is very well written, which I have come to expect from Cara Dee.  It does have steamy scenes, and there’s certainly a tangible attraction between Kieran and Bennett, but the book focuses more on their emotional journey.

The author breaks up the emotional angst every now and then with humour, often led by scenes with the children, but not always.

I hadn’t realized that my view of the train station meant I could see Kieran, but there he was. He stepped onto the platform, briefcase in one hand, the morning paper in the other. He was too far away to detect his mood or features, though I could see it was him. I sent him a text. It’s thirty degrees out. Wear a scarf. He dug out his phone and read the message, followed by his head snapping up. I grinned, watching as he looked to see if I was nearby. God? Is that you? Sorry about the porn mags when I was twelve. I laughed and replied to him. I’m in my office. Consider me the friendly neighborhood CCTV. His response made me laugh again. This is America, son. Keep that British Big-Brother bullshit across the pond.

I really liked both Bennett and Kieran, despite their cheating and deceit.  I also really liked the three kids.  This was a strong, sweet romance, with a lot of angst, and some serious feels.  It is everything I’ve come to expect from Cara Dee.  But man, I just can’t condone the cheating.  That doesn’t sit right with me at all.