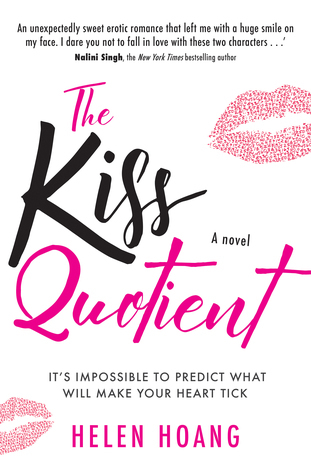 Stella has a gift for numbers and does a fantastic job as an econometrician, predicting sales based on collected data of consumers, but she’s constantly turning down promotions.  Why?  Because they want to give her direct reports, and Stella doesn’t deal well with people.  That goes double for her personal life.  She’s tried dating, but can’t tell the good guys from the bad guys, and frankly, she finds kissing and sex distasteful.  Ugh, some guy putting his tongue in her mouth?  No, thank you.  She has a sensitivity to smells and touch and taste, and the men she’s dated don’t make any allowances for that.  But that’s probably her fault too because she won’t tell them why she’s struggling.  Because she doesn’t want their pity.  When people find out she’s autistic, they treat her differently, and she just wants to be normal.  Or does she?  Her mother has made her promise she’ll try on the personal relationship front, so Stella can’t give up even if she wants to.

After a ‘ex’ tells Stella she needs more practice in bed (!), Stella hires Michael, an escort, and asks him to teach her about sex so she can get better at it and therefore be more successful in the dating arena.  After a couple of false starts, a failed date and a spectacularly atrocious family dinner, Michael puts two and two together.  Once he understands what Stella needs and why, it’s much easier to work with her on the skills she wants to improve.  But the more he learns about her, the more he realises it’s going to be hard to walk away from her.

I thought Stella was really well written, and she felt natural.  Sometimes with characters who have ‘labels’ such as autism, it feels like the author gives them characteristics, habits or issues just to make them more stereotypical of whatever they’ve been labelled with.  Stella didn’t feel like that.  She felt more natural.  And she wasn’t ‘cured’ by Michael.  That was made evident in a few ways, including when Philip kissed her and when she was wearing the top with the open seams when talking to Janie.  Interestingly, after I finished reading the book, I found out the author is also on the autism spectrum, and wrote a lot of herself into Stella.

If you enjoy contemporary romance novels, I think you’ll enjoy this one.  It’s not gritty per se, nor is it clean and sweet, but it feels real.