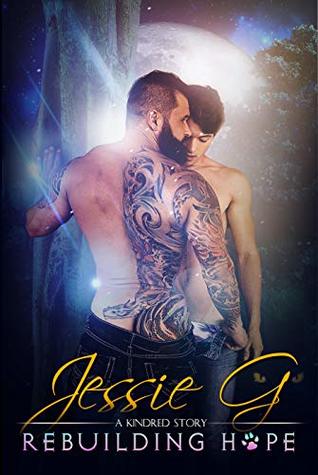 This was an interesting take on a shifter romance.  I’m accustomed to such things as fated mates and alphas, but both those things were taken a step further in this book.

Crowley is not the alpha, he’s the Zenith.  That means two things – he rules over not just a group of shifters, but all shifters.  Of all breeds.  There are three Zeniths in the world, ruling over different areas.  Crowley rules over the Americas.  Below him there are the regular alphas who run the groups on a day-to-day basis.  Alphas are the strongest, as per usual.  Zeniths are born to the position, not in terms of bloodlines but in terms of abilities.  Secondly, Crowley can hear the thoughts and feel the emotions of all the shifters under his rule, and vice versa.  That’s what makes him the Zenith.  How that works in reality (can you say reality when it’s a fiction novel?!) wasn’t explained in great detail, but the reader was given sufficient information to get the gist of it and understand how it affects Crowley and how he uses it to affect the shifters under his care.

Then you’ve got mates.  Most shifters in this universe choose a mate, as humans do.  They may fall in love, but they’re not fated.  It turns out that Holden is Crowley’s fated mate, which for a Zenith is known as a Kindred.  No one has encountered a Kindred in so long that they were believed to be myths.

All of the above gave the novel a sense of uniqueness, and made it interesting and different to those that have come before it, which is good.

I found the story hard to follow at first, and I was super confused as to why Crowley asked Holden to join him at his table in the restaurant, although that was sort of explained later.  Their first encounter wasn’t shared with the reader.  From Crowley offering Holden a seat, we skip forward to them in bed together, and that baffled me.  Why didn’t we get to see their very first interaction with each other?

Once the story got going through, everything flowed quite smoothly after that.  I liked the fact that Crowley wasn’t arrogant, that he worried over whether he was doing a good job as Zenith, that he genuinely cared for his people, that he respected advice from those whom he trusted and respected, and yet that he was ruthless and hands-on when it came to necessary punishments.  In short, a good leader.  Holden’s bewilderment and bafflement over the whole shifter thing and also his role as Kindred worked well and felt natural, and yet he instinctively reacted to some things, reinforcing the idea that the relationship was ‘meant to be’.  I thought that was all handled really well.

Some of the secondary characters were quite interesting. The vampire king definitely caught my attention.  I suspect there are sequels to follow on the other two Zeniths as they hunt for their Kindreds. Four stars from me.