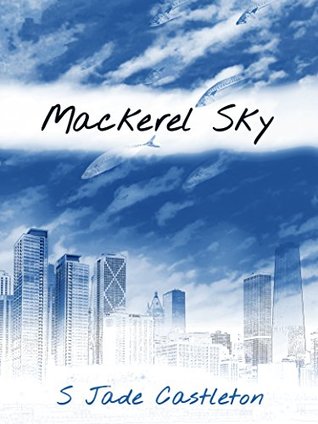 I’ve been looking forward to reading this book ever since I interviewed S. Jade Castleton in July 2017.  I’ve also read her amazing short story Fire Red Leaf before and know that her writing is phenomenal, so my expectations were pretty high.

The story centers around Owen, who is 16 when the story starts.  Following the death of his mother and the departure of his father, Owen is the head of his family and must provide for his younger brothers and sisters.  This means leaving school and getting a job to pay the bills and put food on the table.  But life isn’t that easy, especially when you’re 16 and have no qualifications.  The authorities haven’t been any help either.  When Owen is at his lowest, and genuinely doesn’t know how he’s going to put another meal on the table, someone offers him a job.  Owen is grateful and relieved, only to come crashing down hard when he realises that the job is to sleep with Andrew Gordon for money.  Andrew might be happy to pay for sex, but he’s not happy about taking advantage of a 16 year old boy who is in desperate straits.  And thus starts Andrew and Owen’s relationship.

There are a number of things I loved about this story.  Firstly, the characters.  They were all so brilliantly portrayed that they felt real.  I felt like I knew them. Owen was a favourite, but so was his brother Jamie.  They weren’t perfect, they were real.  At the end of the book, the author notes that her mother said ‘I wanted to know what happened to them after that, then I remembered they were all fictional’ and I wanted to shout ‘YES!  That’s exactly how I felt!’  I felt like I knew them all and was invested in their lives, their happiness.  I cared about them.

Secondly, just as I expect from this author, the writing was excellent.  So easy to read.  You just dive in and don’t want to come back out.  I don’t recommend starting this late at night, because you won’t want to put it down.  Not necessarily because it’s got action that keeps you turning the page, but rather because you’ll feel like you’re there, like if you put the book down while Owen is upset or Jamie is angry, then they’ll have to stay like that until you pick the book up again, and that’s not fair to them.

There were a couple of things that niggled me about the book and prevented me from giving it a full five stars.  I’ll try not to give away any spoilers here.

I didn’t like that (at least once) Andrew slept with Owen even when Owen was clearly not in a good frame of mind.  Don’t get me wrong, it was consensual.  But I felt like Andrew should have said no.  Been the bigger man.  It was clear that Owen wasn’t in the right head space for sex, and yet they did it anyway.  It bugged me.

The relationship between Andrew and Owen develops over time, and at the end of the book, their feelings towards each other are fairly clear and the reader can be satisfied that they are going to be a couple going forward.  But the sexual relationship between the two hasn’t moved forward at the same pace.  Dammit, I don’t know how to say this without giving a spoiler!  I needed Owen’s level of participation in the sexual side of their relationship to be further advanced then it was at the end of the book.  I’ve been more explicit in my Goodreads review if you want to check that out (because I can hide spoilers there).

This isn’t a happily ever after book, but I didn’t feel like it ended on a cliffhanger either.  It was more of a ‘happy for now’ and there is definitely a sequel coming.  And I’m definitely buying the sequel and reading it.  I need to know what happens next!  I hope Jamie gets his own story too, even though he is in a stable romantic relationship right throughout Mackerel Sky.  He’s just such a strong character that I want to read his story.