Today I received in the post my very own copy of 100 by Norb Aikin. Personally signed by the author! 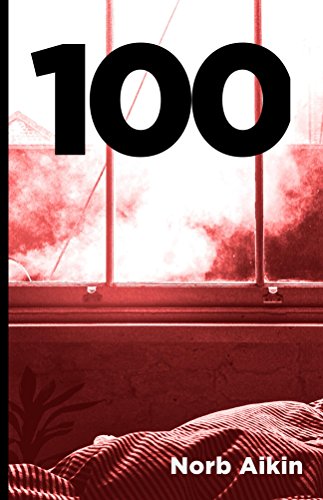 I love having books that are signed by the author.  In addition to Norb’s book, I also have:

I Love Summer the Best… by Carolyn Houghton Walsh

Celia and the Land of Discouraging Words by Carolyn Houghton Walsh

Extraordinary Paths Through Life and Poetry by Ann Patterson

A Life Renewed by Ann Patterson

Slave To Sensation by Nalini Singh

Edge of Dawn by Lara Adrian

One Thousand Things Worth Knowing by Paul Muldoon

Norb’s book is extra special though, because not only is it personally signed by Norb, but I was mentioned in the dedication! 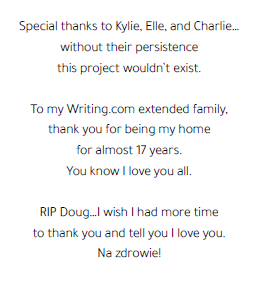 I was gobsmacked when I saw that.  It’s incredible to think that I made not only a difference in the life of someone I’ve never met who lives thousands of miles away from me, but enough of a difference that he mentioned me in the dedication of his very first published book.  I never imagined being mentioned in the dedication of a book, unless perhaps one of my immediate family wrote one.

I’d seen the dedication online, because Norb shared it with us, but opening the physical copy of the book and seeing the words there in print, I felt awed and humbled at the same time.  It feels unreal.

I’m super excited for Norb.  I think he’s the first friend I’ve had that has been through the traditional publishing process.  I’ve self-published and so have other friends of mine, but Norb has actually been chosen by a publisher because they read his poems and realised they deserved publishing.  SO PROUD OF YOU, NORB!  And so excited!  I am really enjoying his shock and excitement as he takes each new step in the process.  Wish it included a book signing event here in New Zealand, but maybe for the next book, eh, Norb?

You can read his updates at his blog: NorbAikin.com/blog

And don’t forget to read the interview I did with Norb last year…  Interview with writer Norb Aikin.