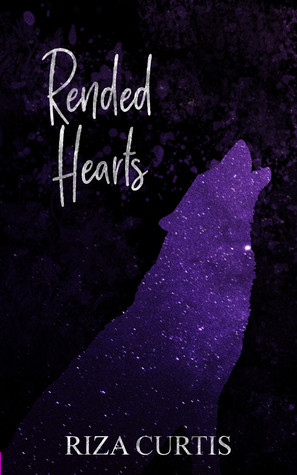 This book is centered around Gabriel, who is a witch, and Simon, who is the alpha of the local werewolf pack.  Gabriel is a loner and doesn’t associate with any other witches.  But Gabriel has something that the other witches want, so they start to wreak havoc, trying to scare Gabriel into giving them what they want.  They target the wolves, and Gabriel has to decide if he is prepared to risk the wolves’ safety or if he gives the witches what they want.

We first meet Simon when he is attacked by a witch.  He is the alpha of his pack, but he doesn’t come across as strong or confident.  Several times the author speaks of his strength and his alpha-like characteristics, but I never saw them.  Simon came across as sweet, but definitely beta.  It was a classic case of ‘Don’t tell us, show us!’ but the author never did.  This was easily my biggest gripe with the book.

Gabriel is a healer, utilising both magical and traditional methods.  We meet him when he is brought to the pack house to heal Simon after the initial attack.  Gabriel is quiet, a loner, and is content with his lot but doesn’t dare hope for happily ever after.  As the book proceeds, we see Gabriel grow in magical strength and self-confidence.  By the end of the book, I really wanted Gabriel to get the happily ever after he deserved.

There is an aspect of insta-love, on Simon’s part, as of course, there is the True Mate thing of the werewolves.  Simon falls early and hard, whereas Gabriel slowly comes to the same place (which is much more satisfying).

There were interesting twists I wasn’t expecting which kept me turning the page.  I thought the magic was well explained (while still retaining an air of mystery) and the motive for the attacks seems plausible.

Overall, I thought Gabriel was well written and a character I enjoyed reading about.  Simon let the story down, and I really felt like he needed to be stronger.  Or more interesting.  Or more…something.  He was definitely lacking something!