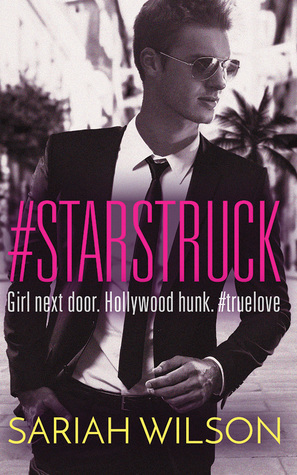 This is a Cinderella story, where a fan catches the attention of a movie star when she tells him in a tweet that his last movie wasn’t up to par.  Chase knew that his last movie wasn’t good enough, but everyone around him kept telling him how amazing he was.  Only Zoe had the courage to tell him the truth.  And he desperately needed someone who would connect with him on a real level, where life wasn’t about Chase the movie star, but about Chase the man.

Yes, it’s totally unrealistic that a movie star will read all the hundreds and thousands of tweets he gets and then deliberately seek out someone who posted something less than complimentary.  I suppose it could happen, but I think you do have to suspend your sense of disbelief to buy into that scenario.  Once Zoe and Chase have actually met though, things start to feel more believable and the story flows pretty well from there.

There’s some predictability to it – Zoe comes up with all kinds of excuses as to why she shouldn’t tell her friend she’s dating a movie star they’ve both lusted after since they were 14.  It doesn’t take a crystal ball to realise that if she doesn’t tell her friend in time, her friend is going to find out in the worst way possible.  And the work thing was predictable too, I have to say.

There was a nice level of humour to the story.

“Zoe, I want to introduce you to Benjy, Kevin, and Chan. We’re talking about a project we’re hoping to do next year. But we just wrapped everything up, and I was about to walk everyone out.”
My jaw hit the floor so hard my face should have ached. Standing around his dining room table were Batman, Silent Bob, and Magic Mike.

I loved the cute factor of Zia and the rest of the family.  “I hits Cheese.”  Aww….

There were times when the relationship didn’t go so smoothly, and Zoe made mistakes and Chase made mistakes.  That helped to balance out the sweetness.  But it was a very sweet book.

So yeah, overall, a light, easy read, the humour and the cute factor saved it from being ordinary, and I enjoyed it.  It was a bit predictable, and Zoe’s lack of self-esteem (while probably realistic) was a little wearing.  There was no depth to this, no grit, but a nice, light read for summer.  It definitely made me smile, and it’s nice to read a book that makes you smile every now and then, am I right?  I gave it three stars, but I’d be open to reading the next book in the series.