I did the Auckland City Walk today, with my mum, my daughter and my daughter’s friend.  It’s on the edge of the Waitakere Ranges, and is part of a bird sanctuary called Ark in the Park.  You don’t see many birds on the walk, as they’re spread out and tend to stay away from the public paths, but there is an abundance of native plants and trees.

It’s not a difficult walk.  The path is well maintained and it takes about an hour to walk the loop (if you don’t keep stopping to take photographs).  We took a detour and went uphill (and upstairs) for a better view, so we took a bit longer.  There are a few tracks that branch off the Auckland City Walk, and I’ve done some of them previously.  The Montana Heritage Trail takes about four hours, and I’ve done that before.  The detour we took was a small portion of that track.

It was so good to be out and about with my camera.  I’ve missed taking photos.  Been too long. 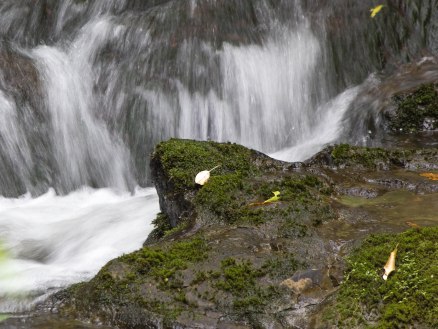 It was really too hot to be bush walking today (it’s New Zealand’s hottest January on record), but it was nice to be out and about, and good to be taking photographs.  It’s Auckland Anniversary Day tomorrow (yay, no work!) so we’re hoping to head into town to capture some of the festivities.