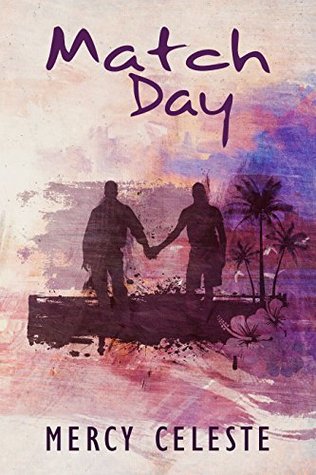 I’m not sure what compelled me to read this book, but whatever it was, I wish I’d ignored the urge.

I’ve read other books by this author and some have been great.  I rated Let It Go five stars, and I’ve re-read Crazy From The Heat a number of times.  So don’t let me put you off the author.  But skip this book.

There are two things that let this book down.  Okay, so bear with me here.  The two main characters, Brian and Zack, have been comfortable getting each other off in the shower from when they’re in their early teens.  Their entire relationship builds on this foundation.  Despite this, Brian is 100% sure that Zack is straight.  And when we meet Zack, he’s just about to marry Brian’s sister.  Um, what?  Straight guys don’t jack off or get jacked off by their male friends in the showers.  That’s not a thing that happens in real life.  Straight guys don’t touch each other’s genitals, mkay?

I’d suggest that the author just take out any references to these prior shower sessions, but truly, you can’t.  Their whole relationship builds on that beginning.

Eventually both Brian and Zack realise that Zack isn’t straight.  Like, no shit Sherlock.

The truth is that he probably isn’t gay either.  The author doesn’t label him, but I’m guessing he’s probably demisexual.  He doesn’t seem interested in men or women, just Brian, with whom he has a strong emotional connection.  Anyway, Brian eventually admits that he’s never had shower scenes with any other friends and they realise that the shower scenes are not a normal part of male friendship.  Like, duh.

The other issue with the book is that it needs editing for correct punctuation.  But I could have overlooked that.  It’s not a major hindrance to enjoying the book.  I guess if you can get past the idea that they think it’s normal for two friends to ‘help each other out’, you can enjoy the book.  I kept rolling my eyes all the way through it.