My year in books

44% of the books I read in 2017 were m/m romances.  52% were m/f romances and the remainder didn’t fit in either of those two categories (including transgender romance and menage romance).

92% of the books I read in 2017 were contemporary, and the remainder were historical.  That’s probably the biggest proportion of contemporary books ever for me.

Two of the books were anthologies, which makes me want to count them as multiple stories/books, but I haven’t.

Approx 22% of the books were paranormal, and one was science fiction.  Actually that one science fiction book wasn’t even a romance.  That was Pegasus in Flight by Anne McCaffrey, and it was the only non-romance book I read all year.

The author I read the most of was Dianne Duvall, by a long shot.  I read 10 of her books.  After her, it was Maya Banks and Katie Ruggle with 5 books each.  Then Megan Erickson and Santino Hassell at four books.

Most interesting read of 2017: 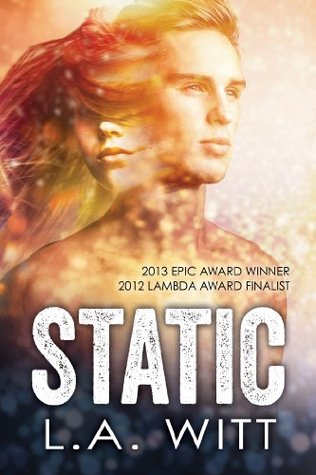 I was absolutely fascinated by the idea of shifters who, instead of changing species, change genders.  In the story, Alex is a shifter and can change gender at whim.  Alex is not male nor female, but both.  Alex’s shifter nature is an integral part of Alex’s identity.  But while shifters are a known phenomenon, they are a minority and not as accepted in society as Alex would like.  So when Alex falls for Damon, a straight man, Alex stays in female form around Damon.  Over time, this puts a huge toll on Alex, and eventually on their relationship although Damon doesn’t know why Alex is so troubled.  Alex’s parents are not accepting of shifters, and urge Alex to undergo an operation to get an implant that would force Alex to be static.  When Alex refuses, they use drugs to force the operation without Alex’s permission.  Alex wakes up as a male, unable to shift.  How will Alex cope as half a person, and what will Damon do when his girlfriend is suddenly…a guy?

The author had not just an amazing idea, but they pulled it off too.  It’s well written and easy to read.  I’m not 100% sure that Damon’s actions and reactions were always realistic, but that didn’t really stop the book from being enjoyable.  The coworkers added enormously to the realism factor.  Definitely recommend it, especially if you’re interested in m/m or transgender reads, and don’t mind a touch of the paranormal.  There’s really nothing paranormal beyond the whole shifter idea, but you’ve got to take that with the rest of the otherwise contemporary book.

If you enjoy books where characters don’t fit a traditional male or female stereotype, you could also check out Enemies Like You by Annika Martin and Joanna Chambers, Hard Wired by Megan Erickson and Santino Hassell, and Ghost by J M Dabney.

– This means I got totally lost in the book, to the point where I forgot I was reading.  I cared about the characters.

– A great book, one I’d be happy to re-read.  For whatever reason, I didn’t get ‘lost’ in the book, but I really enjoyed it.

– A good book, but nothing special.  Nothing wrong with it, it was just nice.

– Something prevented me from enjoying this one.  It could have been poor editing, a crappy plot, whatever.  I didn’t like it.

– Seriously, how did this book get published?  This is ridiculous.

So it’s not bad actually, that my average rating was between good and great, huh?

Books I rated 5 stars and recommend:
A Mended Man by Jaime Reese
A Worthy Man by Jaime Reese
Enemies Like You by Annika Martin and Joanna Chambers
Pegasus In Flight by Anne McCaffrey
Never Seduce A Scot by Maya Banks
Keep Me Safe by Maya Banks
Give Yourself Away by Barbara Elsborg
A Sorceress of His Own by Dianne Duvall
The World As He Sees It by A M Arthur
The Heart As He Hears It by A M Arthur
Burning Bright by Melissa McShane
Hold Your Breath by Katie Ruggle
The Harder He Falls by Lynda Aicher
Tall, Tatted and Tempting by Tammy Falkner

Books I rated 1 star and suggest you avoid:
Head Hunter by Alexis Angel
Just One Touch by Maya Banks

It’s bizarre that Maya Banks is on both my five star and my one star lists.

There are less one star books, because I often read a sample before I buy the book, so if it starts off crap, I just don’t bother buying it.  I’m sure there are a few ‘did not finish’ books too, but those are harder to track.

What were your favourite reads of 2017?  Do you have any recommendations for me to read in 2018?