This is my first time writing a post for Diversity Spotlight Thursday. I discovered it when I read this post on protagonists with anxiety from Bookishness and Tea.

I have a few posts that come to mind for the future, but reading the one about protagonists with anxiety put me in the mind to write on the same topic.

One of my children suffers from generalised anxiety.  When it’s bad, it’s crippling.  Our entire family suffered alongside my child, because there are few things more heartbreaking than a terrified, panicked child who is struggling to breathe because they’re sobbing so hard.  And it doesn’t always make sense to the outsider.  Often my husband and I were in utter bewilderment at what set off a particular episode.  Ultimately, it wasn’t rational fear.  Thankfully the healthcare system where I live is pretty good, and we were able to get some free care.  It’s now something we’re aware of, and take conscious steps to manage.

With Diversity Spotlight Thursday, the idea is to highlight three books with diverse character leads – a book you’ve read, a released book you’d like to read, and a book that hasn’t been released yet.  So here are mine… 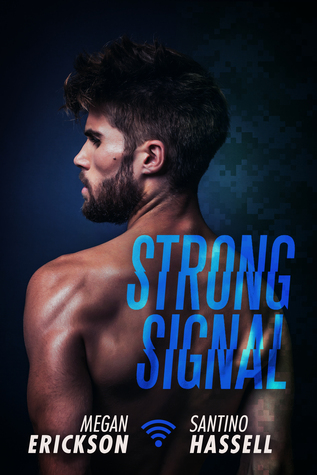 I know I’ve mentioned this book quite a few time recently, but it’s perfect for this post.  Kai Bannon suffers from crippling social anxiety.  Just going to the supermarket for groceries leaves him suffering from a panic attack, and if he didn’t need food to survive, he wouldn’t leave his apartment at all.  Apart from the kid who lives in the apartment next door, all Kai’s social interactions are online.  When he’s online, he can be who he wants, as outgoing as he wants. And Kai can be VERY outgoing.  But it’s not really him, right?  Just his online persona.  When his online life suddenly knocks on his front door, Kai freaks out.

One of the good things about this book (and this series, because we see Kai again later on) is that the authors don’t pretend that love cures everything.  Kai doesn’t suddenly start going to parties and living life as if his anxiety never existed.  He still battles it.  But he slowly starts to take small steps into the outside world and letting the outside world take small steps into his life.  But by small, I do mean small.  He is by no means cured.

This is a romance, with a happy ending, as with all the books I read.  Although it is part of a series, it can definitely be read as a standalone.  No cliffhanger.

It’s only supposed to be one book for each category, but I have another one, so I figure I might as well share it. 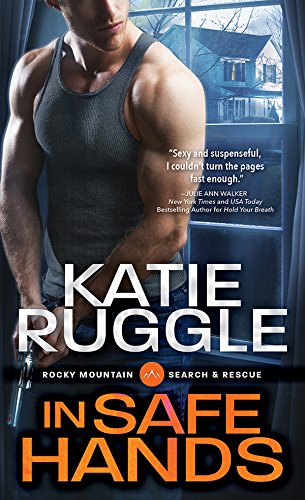 Daisy, the main character in this book by Katie Ruggle, suffers from agoraphobia after an incident in which her mother was killed in front of her.  She literally cannot even look through the open front door without passing out, let alone set foot outside her house.  But what happens when her house is no longer safe for her?

Again, In Safe Hands is part of a series.  I think it’s best read as part of the series, but it could be read as a standalone and it has a happy ending and no cliffhanger. 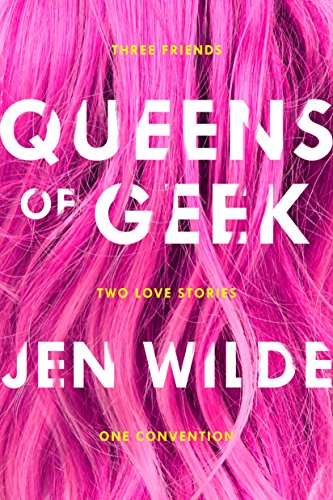 I actually found this book on the Bookishness and Tea post, and now I’ve downloaded a sample of the ebook from Amazon and I’m looking forward to starting it.  Here’s the blurb:

Charlie likes to stand out. She’s a vlogger and actress promoting her first movie at SupaCon, and this is her chance to show fans she’s over her public breakup with co-star Reese Ryan. When internet-famous cool-girl actress Alyssa Huntington arrives as a surprise guest, it seems Charlie’s long-time crush on her isn’t as one-sided as she thought.

Taylor likes to blend in. Her brain is wired differently, making her fear change. And there’s one thing in her life she knows will never change: her friendship with her best guy friend Jamie—no matter how much she may secretly want it to. But when she hears about a fan contest for her favorite fandom, she starts to rethink her rules on playing it safe.

And, I have another for this section too, so I’m rolling with it: 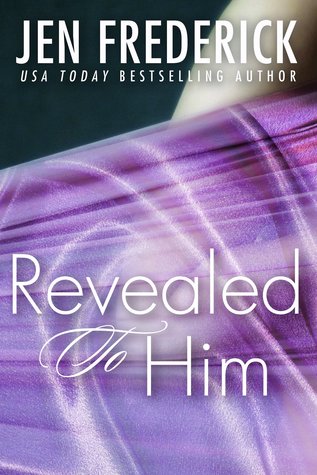 This one features the gaming world, in a sort of similar way to Strong Signal, so I’m keen to read it.  Here’s the blurb:

Handsome and tough Jake Tanner, a veteran and the owner of a successful security firm, never lets his past hold him back. Despite his prosthetic hand and foot, women swoon over him—and with him between the sheets. Yet Jake feels bored and restless…until he’s hired to protect a beautiful writer whose life is in terrible danger.

Self-imprisoned by the fear of the anonymous stalkers who threaten her life, video-game writer Natalie Beck now only dreams of the world outside her pink-bedecked apartment. Trusting people again is off-limits. But the more time Jake spends with her, the more his professional commitment evolves from simple duty to scorching desire. While deeply sensual sparks ignite between the two, the danger outside circles closer. Will Jake’s intense devotion be enough to save Natalie? Or will she turn away from the one man willing to do anything to save her?

Finding a book that hasn’t been released yet is tough for me.  I’ll admit, I struggled with this.  I did find one, though. 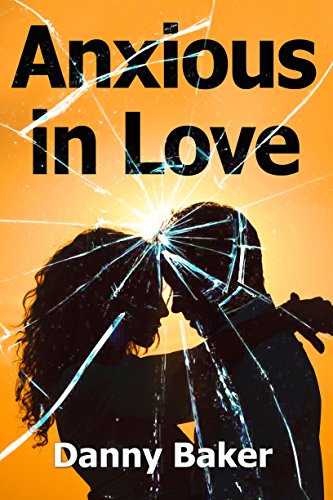 Here’s the blurb from Amazon:

After a devastating break-up, Alex Cottle is scared to death of falling in love again. But then, he meets a girl in one of the most dream-like ways imaginable, and not only does he instantly feel comfortable letting his guard down, but he’s also convinced that they’re destined to spend the rest of their lives together.

However Alex’s girlfriend has demons of her own – in the form of an exhausting, torturous, crippling anxiety condition. Consequently, despite how well everything seems to be going between them, she can’t help but worry over every single aspect of their relationship, nor can she shake her deepest fear: that one day, Alex is going to leave her for someone who isn’t so plagued by anxiety.

Inevitably, her condition begins to take its toll.

Inevitably, Alex then starts to fear that instead of being destined to marry the love of his life, maybe the only thing he’s destined for is to have his heart shattered all over again.

And then, the unthinkable happens – after which neither of them will ever be the same.

Clearly I need to do something about keeping up with books that haven’t been released yet!  Ha ha!  Any pointers in that regard?

Have you read any of these books, or do you have any recommendations featuring protagonists with anxiety?  Share them in the comments!